Save the date!  Join metro Atlanta electric vehicle owners and our event sponsors for the 6th Annual National Drive Electric Week event in metro Atlanta.  This year the event will be held in Alpharetta Georgia at the incomparable Avalon community off GA 400 Exit 10 Old Milton Parkway.

Check out the details at : Drive Electric Week Avalon Sept 10 2016.  Please register to attend and if you are an Electric Vehicle owner, please register as a volunteer/attendee.  We will have breakfast and lunch for you, a Goodie Bag and give you the opportunity tell event goers about your experience as an EV owner.

Sponsors to date include 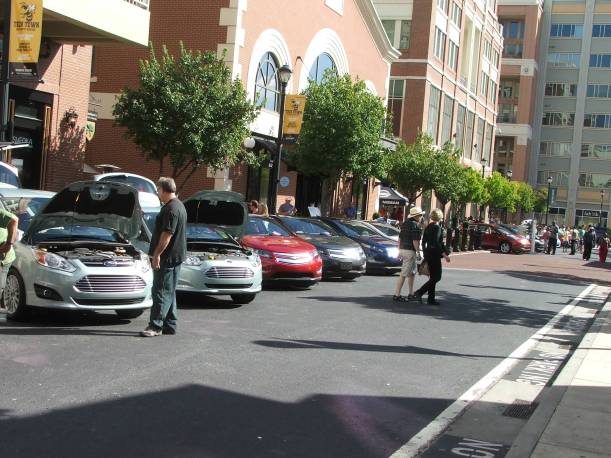 I am proud to serve as this year’s City Captain along side CleanCities Georgia Executive Director Don Francis.  If you would like more information about how you can get involved in the event email me at AtlantaEVDC@gmail.com or Don at don@cleancitiesgeorgia.org.

National Drive Electric Week is here again!  Don’t miss the annual turn out of EV drivers throughout Metro Atlanta who will converge on Atlantic Station with their LEAFs, VOLTs, Teslas and other EVs to talk up the joys of driving an EV. Collectively Atlanta registrants have driven over 1.1 MILLION ELECTRIC MILES!

Take a look at the video produced by the Atlanta organizing committee (EVClub of the South, Southern Alliance for Clean Energy and CleanCities Georgia): Drive Electric Week Atlanta.

This year, the ‘green’ in Atlantic Station Central Park will be filled by EV related companies led by Nissan and Georgia Power.  Two home charging stations will be raffled off during the event as well including one GE Wattstation. 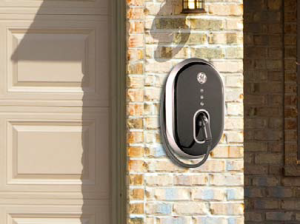 Note to EV owners who plan on displaying their vehicles:  register per the link in the video and come early (9:00 AM) for the Social at the Tennis Courts and meet your fellow Atlanta EV owners. Register at Atlanta Drive Electric Week registration link 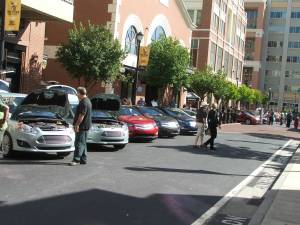 With Georgia the #1 state for electric vehicle registrations (YTD June 2014) edging out California, National Drive Electric Week was kicked off by the Atlanta organizers a few days ahead of schedule with a launch event held at The Weather Channel Studios on Friday morning September 12, 2014 as part of the AMHQ Morning Show with hosts Sam Champion, Maria LaRosa and Mike Bettes. All three celebrity hosts participated in the program, across three segments which aired between 8:00 and 10:00 AM.

Atlanta Drive Electric Week Co-Captain Michael Beinenson ensured that all key EV makes and models were on hand. My own 2014 Chevrolet VOLT got a prime slot in segment #1 facing off against the new BMW i3 while remaining in subsequent segments behind the hosts.  I can’t tell you how many hours I spent rehearsing my VOLT:  “now smile for the camera!”  She did great.

Here’s the on air segment:

Video is the property of The Weather Channel.

The event was supported by the EV Club of the South, with members lending their EVs (Fiskar Karma, Tesla Model S, BMW i3, Nissan LEAF and Mitsubishi i-MiEV) for the three hour segment filming.

Video taken by the author.

But the surprise hit was the appearance of one of the first BMW i8′s to be delivered in Atlanta. In fact the car was driven over from nearby Global Imports with the almost owner sitting in the passenger seat.  We quickly re-arranged the third segment to get the i8 into the shot and both Sam Champion and Maria LaRosa quickly improvised to shift the audience attention from the Tesla Model S that with Mike Bettes speeding by to show off the $150,000 BMW i8!.  All photos taken by the author. 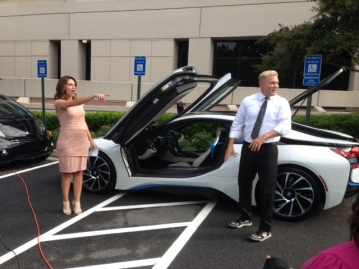 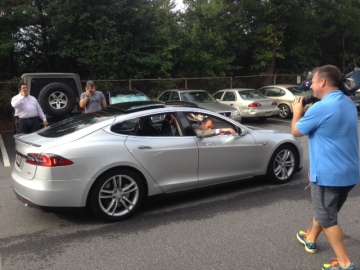